Congrats! You get free standard shipping.

Get everything you need for a complete scent experience. By streamlining your fragrances across your most-used grooming products, you can eliminate a jumble of competing scents. Instead, you’ll smell only of your favorite F&R fragrance.

Start your experience with our 8.8-ounce Bar Soap. Each long-lasting triple-milled bar soap is designed to nourish your skin while providing gentle exfoliation for your skin. After you shower, you will notice your skin feels clean and refreshed, and slightly scented with your favorite F&R fragrance.

Next, apply our Inspired Deodorant. The powerful aluminum-free formula glides on easily and provides superior odor protection. Formulated with the same premium scents featured in our solid fragrances, your deodorant won’t just smell fresh, you will smell fantastic.

Complete your experience with the product that inspired it all. Each Solid fragrance allows its wearer to apply just enough fragrance so that those closest to him notice, but never the entire room. With the shatter-proof cast metal container, you can keep it with you and reapply anytime and anywhere.

Thank you for submitting a review!

Your input is very much appreciated. Share it with your friends so they can enjoy it too! 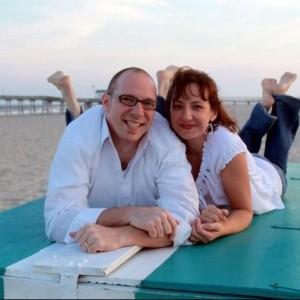 Love the scent of Clearwater - and this Essentials set is perfect for gift giving.

I highly recommend getting the sample pack for $20 as you get that back when you purchase. It really helped curb any buyers remorse one would have shopping for a scent via internet. I oft used a sandalwood based scent with heavier notes year round but really wanted to find something that was lighter for those summer nights. Muhana is just the ticket, and I wanted to bathe in it - so I did just that. There are other reviews that mention the soap being weak after only several uses. Either that WAS a bad batch or I call BS - I'm down to a cassette tape size and it still smells like the first day. walking into my bathroom is an absolute pleasure. I'm also in support of the other reviewers mentioning the power of the deodorant. If you're looking for just one element to hold the scent throughout the day the deo would be your best bet. Throwing the arms up while lounging on the couch after work and still getting that island breeze was shocking, and refreshing. The cologne is sleek and subtle and that's just the carrying case - some facts: only can be opened in one direction, and is heavier than you'd think. The wax fragrance was new to me, but has quickly become my favorite due to the public re-apply capabilities - no puff of smoke that may irritate others (think office setting, covid notwithstanding). The upside counters the downside as the need for a re-apply is imminent, however, I could say the same downside applies to spray fragrances.

Awesome Gift for the men in your life.

X
Get FREE US SHIPPING with your order of $25+